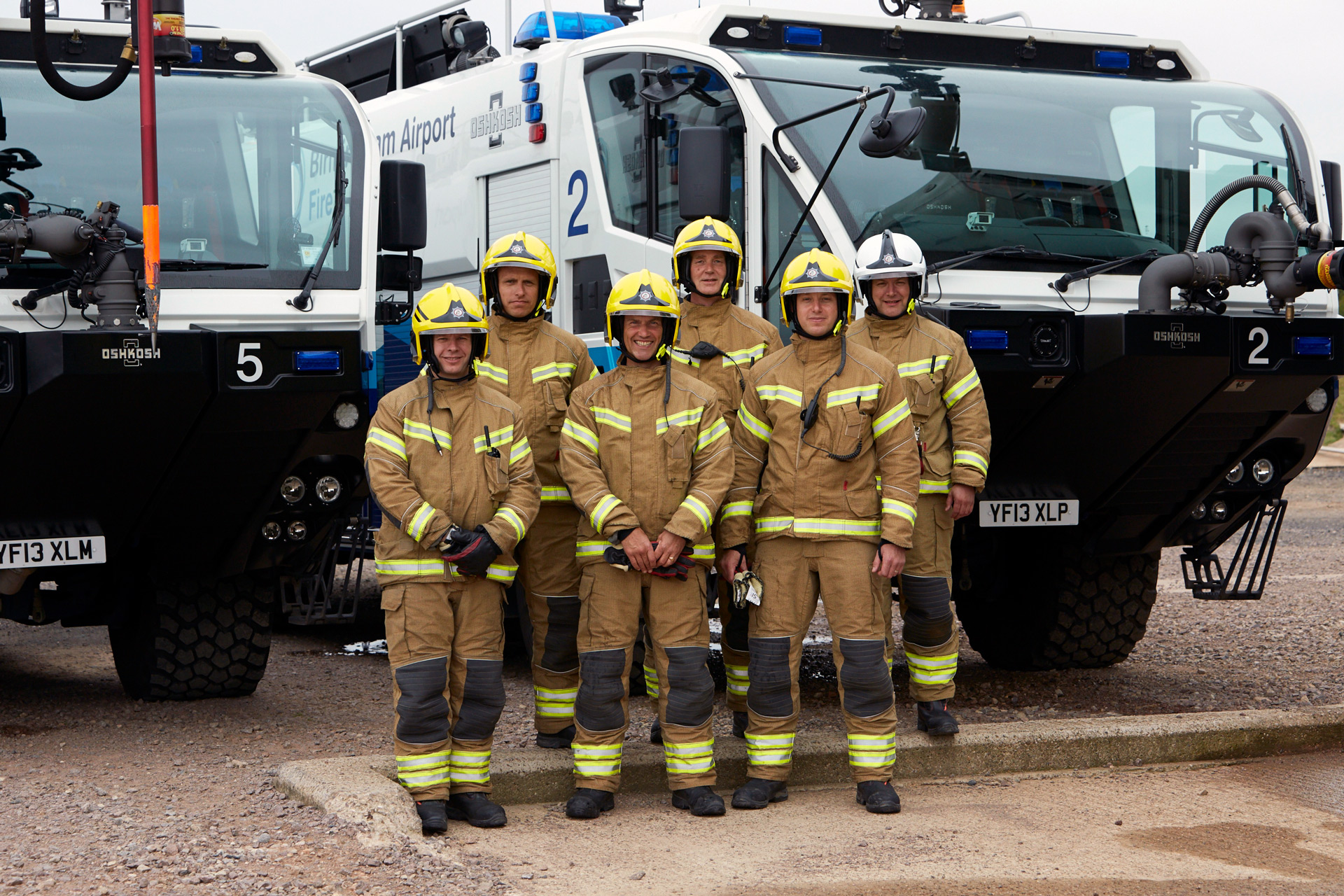 Birmingham Airport awarded a five-year contract to our partner Bristol Uniforms in 2014 to provide its fire service with its XFlex structural fire kit which includes TITAN 1260 fabric, a Hainsworth Protective Fabrics outershell.

The airport, which saw its first flight in May 1939, serves more than 140 direct scheduled and chartered routes as well as an additional 280 possible connections worldwide. Around 50 different airlines now operate out of the airport.

The changing role of firefighters means the four watches at Birmingham Airport have never been busier.

Over 10 million passengers will typically use the airport during the course of a year.

“Firefighters are more aware of the kit they wear than ever before. If they weren’t happy, they would let me know but I can honestly say there have been no issues since the new kit was introduced.”

John explained: “When I started out over 20 years ago, fire kit was extremely heavy and bulky, but since then there has been an enormous amount of R&D done to produce today’s clothing which is far lighter and doesn’t physically drain you.”

“The ergonomics of the new kit are excellent allowing full movement and flexibility. It is more bespoke and fitted with garments that are fully contoured to the body. Every item of clothing has been designed to work together. The advantages of Bristol/Hainsworth were apparent straightaway.”

The decision to award the contract to Bristol followed an extensive procurement process and trial period during which various firefighter PPE options were subject to a range of rigorous tests.

Each firefighter was individually measured to ensure that their garments fitted exactly to ensure maximum comfort and protection. This process was carried out across all kit including flashoods, helmets, boots and gloves.

The contract includes responsibility for fully maintaining all garments including washing, repairing and, when required, decontamination.