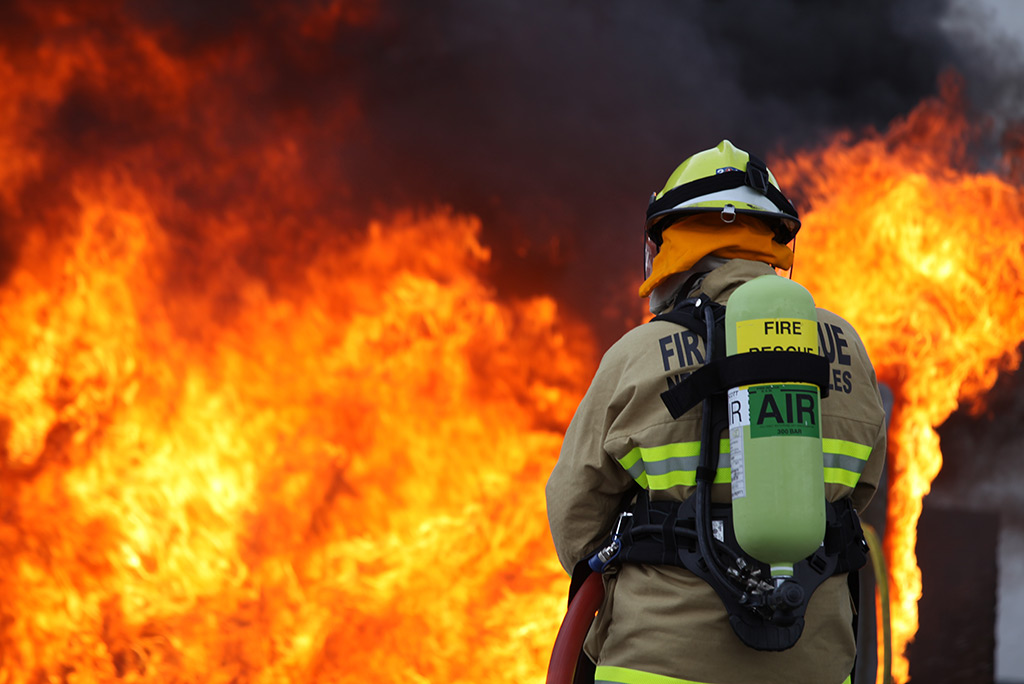 Significant advances have been made not only in the personal protective equipment used by firefighters around the world but also in terms of the thinking that goes into today’s turnout gear.

While there was a time, not too long ago, when the only real consideration was thermal protection, the issue of heat stress management is now increasingly regarded as just as important.

Growing awareness of the problem – considered to be the biggest threat to the safety of firefighters – can be seen in the introduction of various standards in recent years.

These include the incorporation of Water Vapour Resistance testing into EN469:2005, the introduction of a physiological Annex F into the latest revision of EN469 and the development of the sweating articulated manikin test method ISO 15831:2004.

Total Heat Loss requirements were introduced into NFPA 1971 in 2000 with the level of stringency being stepped up five years ago from 130W/m2 to 205W/m2.

A further nod to the importance of heat stress management could be seen with the changing of NFPA 1584 “Recommended Practice on the Rehabilitation of Members Operating at Incident Scene Operations and Training Exercises” 2003 edition to a standard in 2008 to provide guidance for job specific, safe working procedures for the prevention of heat related disorders.

Heat stress, if not managed and monitored effectively, can not only imperil the life of a firefighter but, on a more day to day basis, can seriously harm someone’s decision-making ability which, in turn, then potentially puts the lives of colleagues on the line.

To understand why the issue of heat stress is so important, there is a need to appreciate how the human body reacts to heat. The body’s internal core temperature is closely regulated and remains within a very tightly defined range from approximately 36-38C (97-99.5F). This temperature range is maintained by controlling the equilibrium between the amount of heat the body produces through physical activity, the amount of heat stored by the body and the amount of heat lost to the surroundings through sweat evaporation and heat radiation, convection and conduction aided by vasodilation.

When the ambient temperature of the surroundings rises to above 35C (95F), heat loss through radiation, convection and conduction stops and the only way left for the body to cool itself is through sweat evaporation. This will also stop if the heat and humidity becomes excessive, causing the body to store the excess heat produced and produce a rise in the core body temperature.

The first symptoms of heat stress are thirst and muscle cramps caused by dehydration. Dehydration levels as low as 2% of body weight can cause slower reaction times and loss of concentration, both of which can put a firefighter in great danger. Ensuring that the firefighter is well hydrated can mitigate the effects of heat stress and dehydration is easier to prevent than treat.

If the core body temperature continues to rise, it can lead to heat exhaustion (symptoms of which include fatigue, dizziness and nausea) and finally heat stroke (core body temperature in excess of 40C/104F), symptoms of which include seizures, unconsciousness and potentially death. A serious side effect throughout this process is mental confusion and irrational behaviour which can affect the decision making process of the individual and pose a high risk to the well being and safety not only of that individual, but also of all members of his or her team.

There are a number of factors which play a key role in the management and elimination of heat stress.

Two of the most important are enhanced personal and operational discipline. The former includes the maintenance and monitoring of fitness and hydration levels, good diet and avoidance of alcohol and caffeine prior to being on duty. The latter concerns crew rotation, rest and recuperation, active cooling and regular employee health checks.

Increasingly, those responsible for the procurement of PPE are looking for a holistic approach from companies such as Hainsworth which designs its fabrics with a complete understanding of how they interact with the various layers in the system. Serious consideration is given to each layer to offer the best possible performance which encourages effective moisture movement through the system and, with it, the best possible heat stress management.

In these tough financial times, there is also an acute awareness that by managing heat stress effectively, there is a significant financial saving to be made in terms of loss of productivity caused by ill health and down days.

Mark Jones, Chief Fire Officer with Buckinghamshire Fire and Rescue Service, says: “The importance of heat stress management is now widely recognised and it is a subject in which we are also more knowledgeable and technically efficient than we have ever been.

“Today’s firefighters are far more educated about the personal and operational issues surrounding heat stress management and, through their growing knowledge of equipment used by other services, about the PPE available on the market.

“We work with our fire crews to help them understand the issues of heat stress and how they can avoid or mitigate the symptoms. For example, we talk a lot about the importance of personal hydration and of opening their tunics to enhance breathability and accelerate cooling during recovery periods. Our firefighters may be better protected than ever before with PPE which is of a far higher specification, but it important that their awareness and knowledge of the dangers they face remain high.

“In an ideal world, someone would develop PPE with a single directional flow of heat or kit which was totally heat resistant, but this is unlikely to be viable.”

The nature of the job means that, when firefighting, firefighters are already operating in a far more stressful environment than virtually every other occupation. By continuing to make advances in heat stress management technology, we can not only help them continue to perform to the highest possible standards operationally but also save lives.