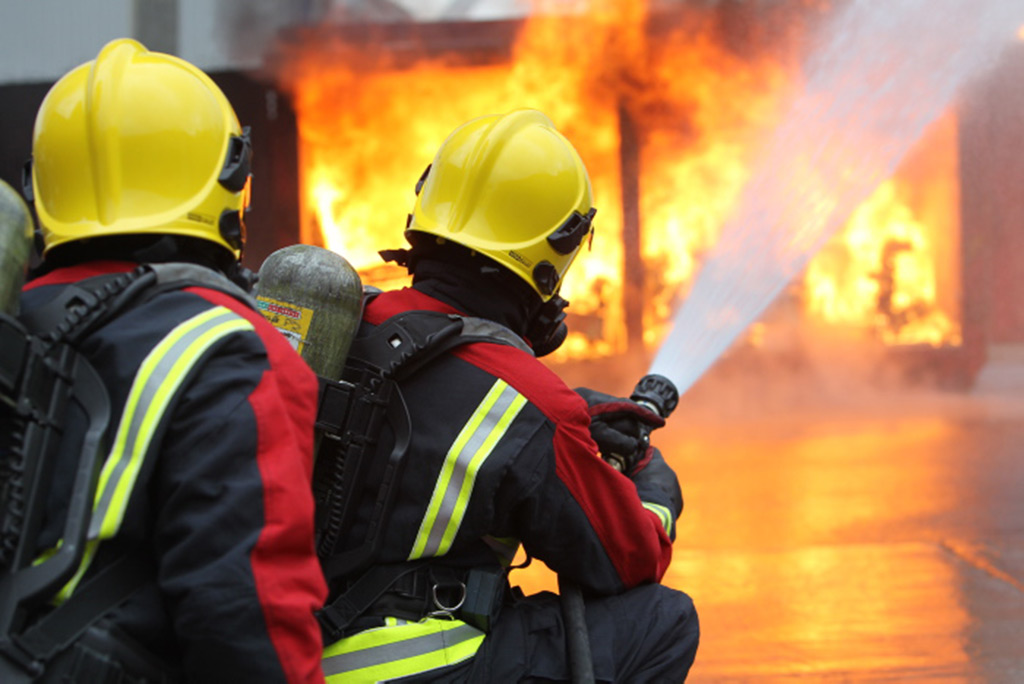 A leading British textile manufacturer is kitting out almost 2,000 firefighters with its innovative protective fabrics.

It is the latest success for Hainsworth, whose protective fabrics are already used by firefighters across the UK as well as in the United States, Europe and Middle East.

West Midlands Fire Service was impressed by the Hainsworth® TITAN kit – a patented double cloth construction combining the flame retardant properties of Nomex® on the face and the high strength of Kevlar®on the back, resulting in increased thermal protection when it is most needed.

The eight-year contract will see the state-of-the-art kit rolled out to all firefighters in the West Midlands. The uniform, in a smart dark blue and red, replaces the magma coloured uniforms previously worn by the service. The kit is manufactured by Bristol Uniforms, a leading manufacturer of protective clothing.

Charlotte Brandt, Sales Manager at Hainsworth Protective Fabrics, said: “This success is recognition of the technical knowledge and relentless passion for innovation which has led to us developing unique patented fabrics which set the benchmark within the protective fabrics industry.

“We know that the biggest threat to firefighter safety is heat stress and our fabrics have been specifically designed to combat this threat. The biggest issue is not the threat posed by external flames but body heat not being able to escape from a firefighter’s protective kit during day-to-day work.

“West Midlands had previously worn Hainsworth® TITAN and we are delighted that the service has chosen to stick with us after evaluating all options available on the market.”

As part of ongoing improvements made to personal protective equipment, West Midlands’ firefighters volunteered to take part in a rigorous testing programme to ensure the kit offered the best fit and personal protection.

Apart from West Midlands, other fire services currently using Hainsworth® TITAN include London, Nottinghamshire, Cambridgeshire, Cornwall and Devon & Somerset, as do firefighters in the United States, Saudi Arabia, Bahrain and parts of Sweden and Germany.

Hainsworth believes that its combination of fibre, weaving and finishing technologies offer firefighters the ultimate in high performance fabrics.

The company, which is based in Pudsey, Yorkshire, has over 225 years of textile expertise and has been at the forefront of protective fabric innovation for more than 100 years, working with the emergency services and the military.