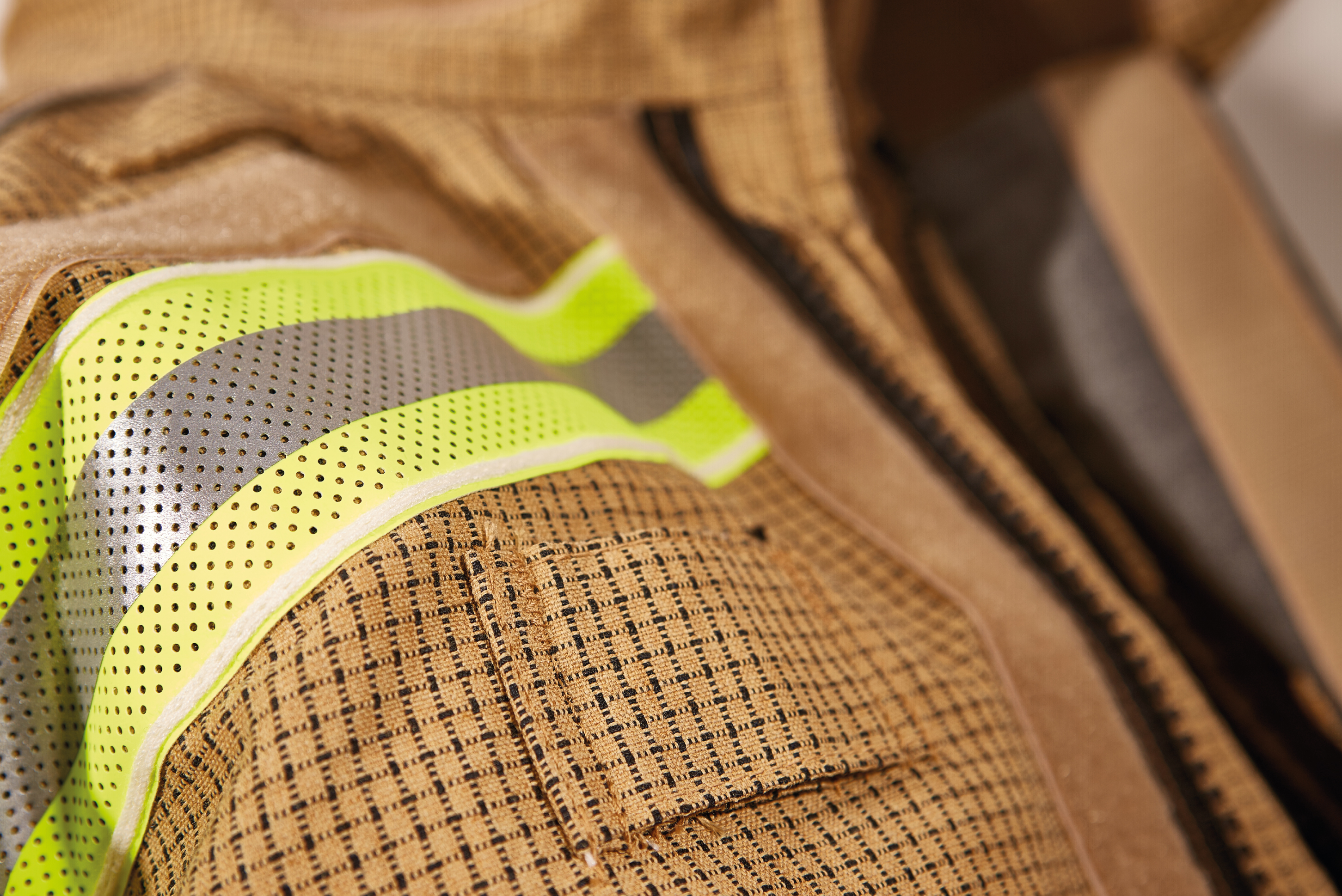 Peggy Male has been a firefighter with West Midlands Fire Service for 19 years. She is a member of White Watch at Bilston Community Fire Station.

“During the last few years I have been fortunate enough to be able to get first hand insight into the detailed processes involved in selecting the PPE worn by firefighters.

“Most recently, this has involved being one of a small number of firefighters taking part in UK wide trials to choose our new kit under the Collaborative Procurement Framework led by Kent Fire and Rescue Service.

“I took part in tests held at the Fire Service College in Moreton-in-Marsh which involved us testing a range of kit from different suppliers against different operational scenarios.

“We had no idea who the suppliers were and gave our opinions which were then factored into detailed evaluation taking place in the background.

“I was also invited to take part in a physiology study undertaken by Portsmouth University. Over a five day period, they examined the effect of the preferred kit on the firefighter’s body.

“It was fascinating to be involved in the trials and to know that the feedback of the end users really meant something to those having to make the decisions.

“There is no question the kit worn by firefighters today is a lot better than it was 19 years ago when I entered the service.

“It continues to evolve as new technologies and innovations become available. When I started, the vast majority of firefighters were male but as more women have become operational so more consideration has been given to body shape and sizing. I think we have something like 28 different sizes available at West Midlands!

“Having been involved in the trials for the new kit, I appreciate the two-way process that is involved between the manufacturers and the end users. We both learn from each other.

“Whenever new kit is introduced, there are always comments about things like colour, but that is pretty irrelevant. What matters most is am I safe in it and do I trust it to protect me in the range of different situations I am likely to face as a modern day firefighter.”