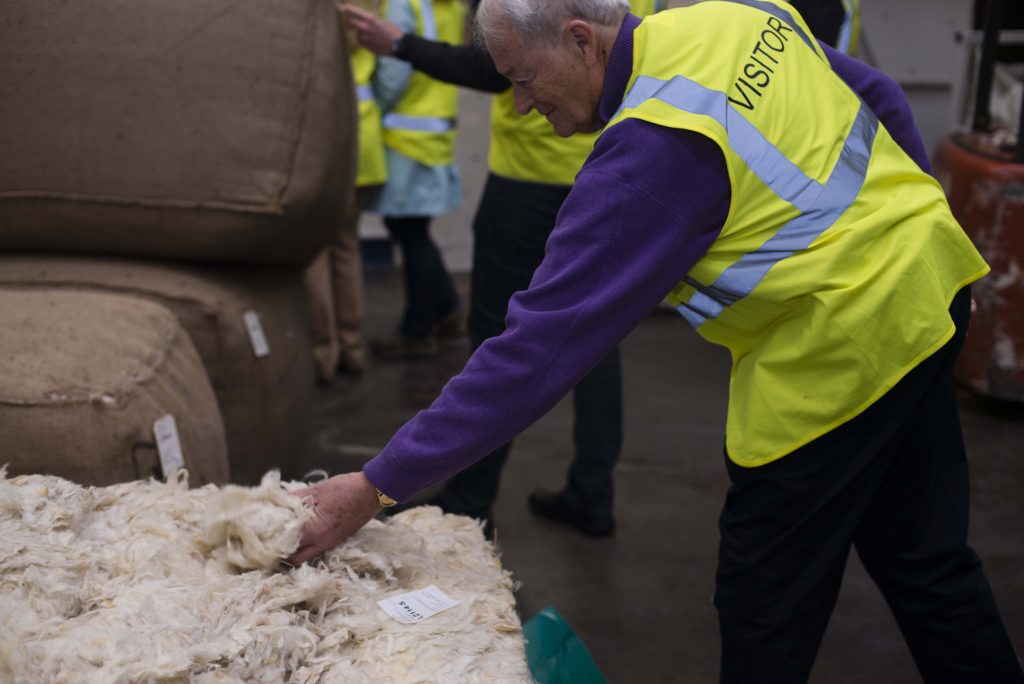 Delegates from around the world gathered in the UK for an intensive week of debate and discussion on standards.

A total of 50 representatives from all corners of the globe convened for the annual meeting of the ISO TC94 SC13 Protective Clothing Committee at the end of March.

This year’s event was hosted by global textile manufacturer Hainsworth Protective Fabrics. The company’s fabrics have been helping to protect individuals in the fire, police, military and industrial markets for over 150 years.

The company, which is based in the Yorkshire town of Pudsey, was chosen to host SC13 because of its history and continual innovation to ensure emergency personnel are provided with the best possible garments.

“We could not have asked for a better host than Hainsworth. It was an intense but successful week of meetings which ran smoothly thanks to the hospitality of Tom Hainsworth and his team. The formal dinner in the middle of the week for 50 delegates and partners was a particular highlight.

“As Leader of the UK Delegation and Convener of SC13 WG2 Heat and Flame Test Methods, it is always made easier when we have such hospitality and know that all arrangements are in good hands.

“When choosing a host for SC13, we look for people who have a long-standing involvement in standards and in-depth knowledge. Hainsworth was the perfect partner.”

Tom Hainsworth, Managing Director of Hainsworth Protective Fabrics and a member of ISO TC94 SC14, which is responsible for firefighters’ PPE, said: “I am extremely proud of the Hainsworth team for ensuring that this year’s event was considered such a success.

“The UK has a long and distinguished history of helping to influence and shape standards for firefighters, while Hainsworth has been heavily involved since PPE directives were first introduced.

“Industry partners such as Bristol Uniforms are also recognised as global players in the creation of new standards and test methods due to their deep understanding of the fundamentals of product development.

“Companies like Hainsworth and Bristol are focused on the challenges facing firefighters. Standards, product design and development all have to be for the benefit of the end user of the PPE.”

Tom added: “International standards play a hugely important role in the protection of firefighters and other emergency workers and the role of SC13 in developing test methods to be incorporated into these standards is particularly vital.

“By hosting SC13 this year, Hainsworth was reinforcing its unwavering commitment to this important work.”

Tom said that cooperation between the various delegates from around the world was particularly noticeable.

He added: “There is no question that the leadership of AFAC’s Russell Shephard helped to make the week extremely productive and ensured there was a constant focus on doing what is best for firefighters on the frontline.

“Russell and AFAC have both depth of knowledge and technical expertise and are independent of the commercial world.”

The SC13 week followed an intensive itinerary including a series of working groups culminating in a plenary meeting when decisions are taken on the way forward for numerous PPE standards.

Many of the sessions started early in the morning and ran through into the evening. In addition to the formal dinner, delegates were also able to take a tour of Hainsworth’s mill where they were able to see the production processes and techniques that go into manufacturing the company’s fabrics.

This year’s SC13 coincides with the 30th anniversary of the King’s Cross disaster, in which 31 people including Station Officer Colin Townsley lost their lives. The tragedy brought about the development of European Standards and, specifically, EN 469 “Protective Clothing for Firefighters” which enforced the need for garments to undergo a range of tests to ensure they provided adequate protection against radiant and convective heat. The new standard also required garments to meet stringent requirements for resistance against water penetration and tearing.

Further advances came with the introduction of EN 469:2005 and NFPA 1971:2007. This marked the first time that breathability had properly been tested and it brought to an end the use of non-breathable fabrics in turnout gear.

Tom added: “Hainsworth is a global exporter and the work that goes into developing and setting standards directly effects international trade and the products that are procured by fire services around the world.

“The work carried out by delegates at SC13 will ultimately ensure the firefighting family are able to benefit from the very best products which will allow our firefighters to return home safely to their loved ones at the end of every shift.”